When in March 1961 Bob Berry drove one of the first Jaguar E-Types across the streets of Germany in the direction of Geneva in a "cloak-and-dagger" operation, no one suspected that this would be the beginning of one of the greatest automotive success stories that still persists, 60 years later.
Born out of a cool mathematical calculation based on the aerodynamics of its predecessor, he was soon described as one of the most beautiful vehicles ever built by one of the biggest racing car manufacturers, Enzo Ferrari. 21 years after the end of production, a steel-blue E-Type Roadster even become as a style icon in the Museum of Modern Art, New York. Somebody should say math doesn't make sexy. When in June 1973, after 12 years of construction, the last E-Type rolled off the production line in the third generation to make way for its successor, the Jaguar XJS, more than 70.000 units had been produced. That made it the most popular sports car of its time. Over the years, the E-Type developed from a crisp 6 cylinder speedster into a cruising 12 cylinder gentleman racer. During this time, due to new safety regulations, especially in the US, the export country number 1, he had to accept visual changes that mostly didn’t look good on him, but his british character didn’t affect.
Even today, after 60 years, he is still present, either with an electric drive on a royal wedding or as a limited new edition in 2021 directly from Jaguar Ltd. There is only one thing left to say - Happy Birthday E-Type, for the next 60 years. 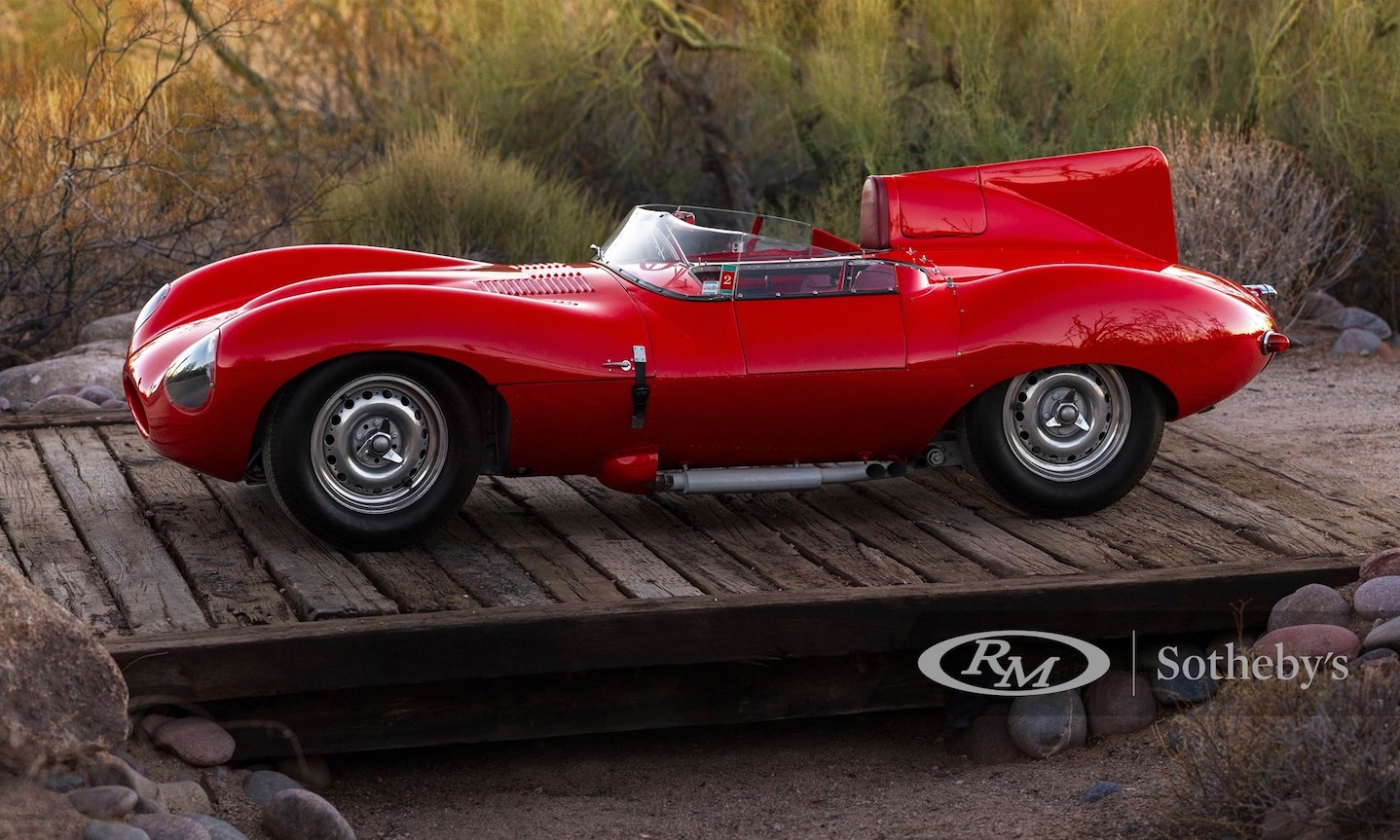 Every year again, RM Sotheby's puts one on it again this year, but this time it will be a "goal", as the Englishman used to say. What am I talking about? At the beginning of last year in Paris a Jaguar D-Type went under the hammer, I reported about it in "Legends under the hammer" and now a bright red Jaguar D-Type "short-nose". Normally you can find such a color combination in Italian sports cars but no, so this Jaguar with the chassis number XKD518 actually went off the production line in 1956.
Originally delivered to Henlys, Manchester, UK, Bernard Charles "Bernie" Ecclestone first bought it, which soon passed it on to the racing driver Peter Blond. Blond took part in several races with him, including first place on the Snetterton circuit and a ninth in the Goodwood Trophy. In his long life so far, he has passed through many other famous hands, such as that of racing driver Jean Bloxham or Led Zeppelin manager Peter Grant. In the meantime, it had also been repainted with a classic Racing Green and equipped with a passenger seat. In 1982, like many of his contemporaries, he finally left the European continent and became one of many in the car collection of George Stauffer in beautiful Wisconsin, USA.
Yesterday he found another owner. With the bidder number 3791, he paid 5.45 million dollars (about 4 million British pounds) for the red flash from Coventry. There's only one thing you can say: "Bernie, Bernie, would you have just kept him." 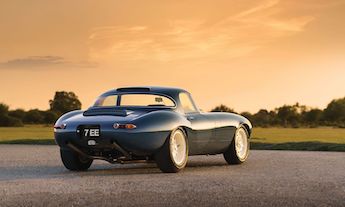 Actually, I have to admit right at the beginning that I only ever have in mind the Jaguar XKs and E-Types, who experienced their birth in Coventry and which one would commonly refer to as "the originals". But again and again in my daily research these breathtaking cats appear in my eye-catcher, which captivate me again and again with their simple elegance as soon as I see them. I am talking about the transformations that a small company produces on the basis of original vehicles - called the Eagle E-Types.
Eagle, based in the tranquil Uckfield in Sussex, has been in existence since 1984 and takes care of all aspects such as service, upgrades and restorations related to the Jaguar E-Type. Now one could say that many others do the same, if it were not for the founder Henry Pearman whose visions have ensured that since 1991, with the Eagle Speedster No.1, an E-Type populates the streets, of which one could say: "If one were to develop the E-Type in the present day, it could look like this".
After the Eagle E-Type Speedster, the Eagle E-Type Low Drag GT and the Eagle E-Type Spyder GT, the Eagle E-Type Lightweight GT has been offered since June 2020. The model for this is the legendary original lightweight from 1963, of which Jaguar Cars recently redesigned the last missing six vehicles in its Heritage Workshop in Browns Lane.
If one decides for such a conversion at Eagle, the "new old" is no longer recognizable. The chassis is made entirely of aluminium and with one or the other part of magnesium and titanium, the weight moves only around 1000 kilograms, despite some improvements such as air conditioning, insulated interior and seat adjustments.
Hand was also applied to the chassis and engine. The new modernised suspension with triangular handlebars in combination with adjustable dampers ensures a smooth ride. A five-speed, instead of the original four-speed transmission, which transfers the power to the rear axle, helps the Lightweight GT from 0 to 100km/h in about 5 seconds, at a maximum speed of 275 km/h. An extension of the displacement of the in-line six-cylinder engine to 4.7 liters, coupled with new carburetors, also increases the performance to 380 hp at 508 newton meters. So it's worth taking a look at Uckfield with his E-Type.