Every beginning has an end 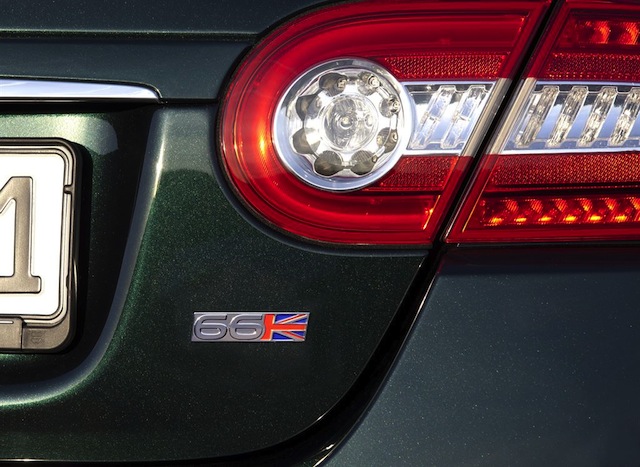 In recent months, newspaper scaly and headlines have read: "On the way to the classic" or "Big big cat dies out" and, in fact, Jaguar stopped production of the Jaguar XK this summer. The reason for the hiring, according to the company's executive board, is the creation of capacity for the production of new models.
At the beginning of 2015, the Jaguar XE will be launched to recreate the mid-range segment, and an SUV that will break new ground in Jaguar is also in the works. In order to say goodbye to the Jaguar XK, a special edition was launched as a coupé and convertible, the Jaguar XK66. This edition, limited to 66 vehicles, is intended to commemorate the 66 years of production in which the Jaguar XK was built.
The Jaguar XK will be succeeded in the sports car segment, which was released this year, Jaguar F-Type. This repeats history, because we can all remember it well when the Jaguar E-Type took over the Jaguar XK150 on 15 March 1961 and ended an era that only began in the spring of 1996 at the Geneva Auto Saloon with the Jaguar XK8 (factory name X100). This was so painful at the time that the name XKE was lovingly retained for the E-Type in America. We know the old adage: 'All good things are three'. So it remains to be seen whether the success story XK will be repeated again.
Add new comment

Also this year, from 15 to 18 May, Europe's famous car race took place through one of the most beautiful Italian landscapes and cities, the Mille Miglia. The Jaguar Heritage Racing Team competed with 10 spectacular vehicles. Many Jaguar XK120s from the early years were on display, including the ex Sir James Scott Douglas from 1951 from the Scottish racing stable Ecurie Ecosse, which was auctioned last year at auction house Bonhams. The XK120 was preceded by the always good-humoured American TV presenter and lover of classic automobiles - Jay Leno - and Jaguars Design Chef Ian Callum, there was good mood and fun. At the wheel of the C-Types were the likes of AC/DC lead singer Brian Johnson and Le Mans winner Andy Wallace. With the start number 410 there was also a 'Long Nose' D-Type at the start, controlled by Bruno Senna and Martin Bundle. Supported and accompanied, the Jaguar Heritage Racing Team were driven by a larger number of television teams and VIP guests in Jaguar F-Type Coupés. Here is a small excerpt of snapshots.
Add new comment

Also this year, the Retro Classics 2014 took place at the exhibition grounds in Stuttgart from 13 to 16 March. In the meantime it is the 14th meeting and if one compares the number of visitors with the last year, it must be said that the perceived onslaught was much more enormous. Many well-known exhibitors from the last years were present again, such as the company Mirbach from beautiful Bavaria or "The Gallery" from the Netherlands and of course Döni Classic Cars from Switzerland.
I was surprised by the growing number of exhibitors and suppliers from Eastern European countries. I think we will have to expect even more from these parts of Europe in the future. But now I don't want to let you wait any longer, here some impressions ...
Add new comment